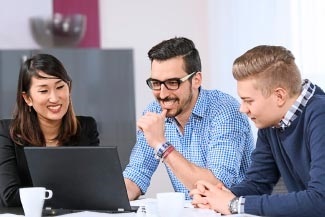 Although the private, employer-sponsored retirement plan system went through a shaky period during the 2008 financial crisis (when plan balances declined and the number of loans rose), DC plans have evolved, adapted and come back stronger as America’s economy and workers have recovered. A new survey finds that participants continue to save, and have increased their savings in employer-sponsored retirement plans, mostly thanks to solid education programs from plan sponsors and providers on topics such as market volatility, asset allocation, and target-date funds.

Eligibility rates are strong. Nearly 99% of all full-time employees are eligible to participate in their employer-sponsored plan. What’s more, half of plans allow part-time workers to contribute. Participation rates are steady, too. A full 88% of eligible participants in the plans surveyed have an account balance, and 80% are making contributions.

Deferral rates are higher than pre-crisis levels. According to ADP testing, deferrals for “non-highly compensated employees”—those earning below $115,000 a year—averaged 5.8% of pay in 2014, compared to 5.3% in 2013. Further, this group is catching up to its highly compensated counterparts, whose pretax contributions are typically around 6.9% of pay.

Sponsors Are Helping to Boost Savings, Too

A majority of plans—more than 52% —now offer automatic enrollment. However, plan size makes a difference: While 70% of plans with 5,000-plus participants have an auto-enroll feature, just 19% of plans with less than 50 participants offer one. That’s significant, because participation is about 10% higher in plans with auto-enrollment, according to the survey. Sponsors typically auto-enroll workers at a 3% rate, but some are opting for higher default rates. The survey showed about equal deferral rates for auto- vs. self-enrolled participants.

The 58th Annual Survey from the Plan Sponsor Council of America is available online
at http://tinyurl.com/PSCA58survey.