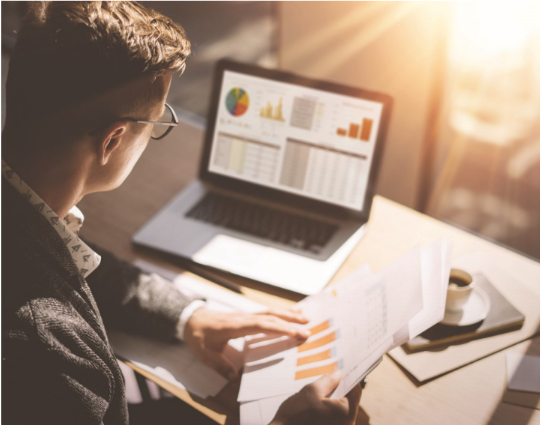 The shift away from traditional pension plans means today’s employees are largely responsible for their own retirement security. Yet many seem to long for the “good old days,” at least in the sense of knowing they will receive a monthly income throughout retirement.

What role should companies play in the retirement security of their employees, especially as it relates to steady retirement income? And how can employees best meet the need for a retirement income they can count on? Those were among the questions explored recently with about 1,000 U.S. employees.

While 54% of the survey’s respondents said they retain primary responsibility for their own retirement security, 27% said companies are primarily responsible, and 19% believe it’s the government that has primary responsibility. Asked if they would prefer a set retirement paycheck for life from their employer over a lump sum of money to invest themselves, 58% preferred the steady paycheck. Interestingly, that sentiment came not only from Baby Boomers, but also from Millennials.

Employees want to partner with employers

Employees continue to want to partner with their employers in the planning and execution of their retirement savings, the survey found. In fact, they said they want companies to be more involved in providing for their retirement security in the next five to 10 years; 61% of respondents agreed with that sentiment, compared to just 9% who said the employer should be less involved.

This information, which was gleaned from MetLife’s Role of the Company Survey1, released in April 2018, aligns with research that found a crisis in financial confidence among single female retirees; close to half of those surveyed are not confident their savings will last through age 90.2

The concept of a paycheck for life could be realized, even without traditional pension plans, through the purchase of annuities. Among single retirees, 71% of women with an annuity felt confident that they could live the retirement lifestyle they want, compared to 56% of those without an annuity. The figure was 68% for single male retirees, whether or not they owned an annuity.

Note from the editor: The Printers 401k® Success by Design Program is a collaboration of 401(k) specialists who assume specific fiduciary duties for your plan. The solution is designed to fulfill your fiduciary obligations, allowing you to continue serving as the plan sponsor without the liability and responsibility.

Companies that have participated in the Printers401k® Program have been able to:

CLICK HERE TO GET STARTED ON DELEGATING YOUR FIDUCIARY DUTIES!

Contact Joe Trybula CFP®, CPFA® today at 800.307.0376 or joe@printers401k.com to learn more about the Printers401k® Program, or request a free Plan Analysis Report which provides you with a snapshot of your plan investments, costs and plan operations compared to other plans in the industry. This analysis can reveal strengths and areas of concern along with solutions to improve your retirement plan.