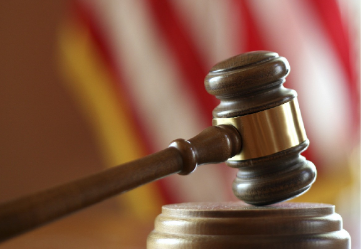 In January, the DOL announced further increases to several civil monetary penalties that can be assessed against employers for not complying with the DOL rules. These increases are applicable for penalties assessed by the DOL on or after January 2, 2018. Here are a few of the most common violations.

Like the DOL, the IRS is aware that mistakes can and do happen when operating a retirement plan. That’s why the IRS has a corrections system that lets plan sponsors bring their plans back into compliance without losing the tax benefits provided to qualified retirement plans. This system is referred to as the Employee Plans Compliance Resolution System (EPCRS). EPCRS is designed to improve overall plan compliance by promoting voluntary corrections after a plan sponsor discovers an error on their own. Oftentimes the financial impact to the plan sponsor who self-corrects the plan defect is much smaller than it would be had the defect been discovered during an IRS audit.

In January, the IRS published a notice of updates to its procedures for requesting rulings and determinations, as well as its fees for determinations and for submitting under the VCP. The IRS is changing how it structures VCP fees, beginning in 2018. These changes result in a significant fee reduction for large plans, but a big increase in fees for smaller plans.

Also, the largest fee possible has been reduced from $15,000 to $3,500. However, based on the new fee structure, this fee decrease applies to plans with more than $10 million in assets. The fees that apply now for smaller plans are bigger than they were in 2017.

The IRS also eliminated most of the alternative or reduced fee options for certain types of plan errors. For example, the streamlined fees for correcting plan loan and required minimum distribution (RMD) errors, which were as low as $300, are no longer available.

Note from the editor: The Printers 401k® Success by Design Program is a collaboration of 401(k) specialists who assume specific fiduciary duties for your plan. The solution is designed to fulfill your fiduciary obligations, allowing you to continue serving as the plan sponsor without the liability and responsibility. Click Here to learn about our Fiduciary Administration Services.

Companies that have participated in the Printers401k program have been able to:

CLICK HERE TO GET STARTED ON DELEGATING YOUR FIDUCIARY DUTIES!

Contact Joe Trybula CFP®, CPFA® today at  800.307.0376 or  joe@printers401k.com to learn more about the Printers401k® program, or request a free Plan Analysis Report which  provides you with a snapshot of your plan investments, costs and plan operations compared to other plans in the industry. This analysis can reveal strengths and areas of concern along with solutions to improve your retirement plan.