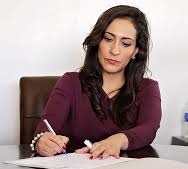 The reasons women save less may be that they go in and out of the workforce to care for a family, work part time, and work in jobs that are more flexible and often, therefore, pay less. A study (Planning and Financial Literacy: How Do Women Fare?, Annamaria Lusardi And Olivia S. Mitchell, National Bureau Of Economic Research, January 2008) found there is also a difference in financial knowledge between the sexes, which can result in a too-conservative approach to investing.

Motivate with Information and Interaction

Targeted education could be a partial answer. A recent study found that workplace financial education, along with peer-to-peer motivation, may motivate increased retirement savings for women. The study (Can Knowledge Empower Women to Save More for Retirement?, Center for Retirement Research at Boston College, September 2017) looked at a program targeting women who work in public agencies in Wisconsin. It included information, motivation and challenges through multiple media. The study estimates that the program resulted in increased participation in retirement savings of 2.6%, which closed the gender gap by more than half.

One tool used in the program was a monthly email, some of which specifically mentioned women, along with links to financial planning and retirement saving online resources. The email messages made statements like, “Women are twice as likely as men to live in poverty during retirement.” The study’s authors believe repetition is key to engagement, by repeating key facts through a variety of media, along with peer interaction.

Peer interaction was achieved in the program through webinars and live, women-only events offered during the lunch hour. Although organizers worried that no one would attend, the rooms were often filled to capacity — or more, even though attendees were there on their own time and with no incentives. The response was overwhelmingly positive; there were many requests for available one-on-one financial counseling sessions, and for changes in retirement plan elections.

The study’s authors admit that education alone does not solve the problem. Even so, an educational campaign targeted at women does appear to increase retirement savings for them. The campaign’s components are readily available online, say the authors, resulting in a low entry cost. Even with small gains in savings rates, they say, the cost to get the program up and running was minimal.